Cinegy’s core principle, software defined television, states that using standard IT equipment for originating and broadcasting content allows for stability, flexibility and responsiveness. Nowhere is this more apparent than in the Cloud. Because Cinegy software has always respected established standards both in television and in software it fits easily into the Cloud. Infrastructure can be created with a few mouse clicks when needed; when decommissioned it vanishes, no longer consuming resources. Large-scale events can be covered easily by adding the necessary building blocks which are always available on-line, allowing existing capacity to stretch effortlessly. Cloud hardware requires no waiting for delivery, no fighting for rack space, no lead time for configuration and no limits to scaling out.

Cinegy’s technology makes use of engines, agents and services which communicate via network, making them ideal candidates for virtualisation. As needs grow, functionality can be extended seamlessly and quickly. As the same needs contract, these resources can be unplugged and put away in seconds. Cinegy’s adherence to standards means that all major virtualisation platforms are supported out of the box, and successful implementations already in use around the world demonstrate that the notion of cloud technology as an enabler of innovative solutions is not merely a promise but a solid fact.

Cinegy as a Service

Cinegy announced “Cinegy as a Service”, a hardware-free way of enabling users to deploy software-defined television on cloud-based virtual machines, at NAB 2016 and in the meantime has helped move small, medium and large broadcasters, as well as media and playout providers to move their infrastructure to the cloud.

All of Cinegy’s software technology, starting with Cinegy’s real-time playout server and broadcast automation software, Cinegy Air, will steadily migrate to cloud-based services such as Amazon Web Services (AWS) enabling prospective users to spin up, test drive, and, if they choose, deploy Cinegy technology in an HD or 4K cloud.

You can read “Cinegy as Service – FAQ” by clicking on the following link it in pdf format. 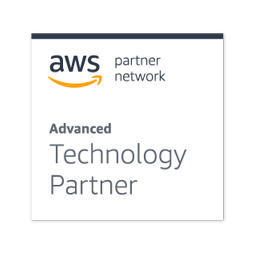 Deluxe MediaCloud, 4VOD and others