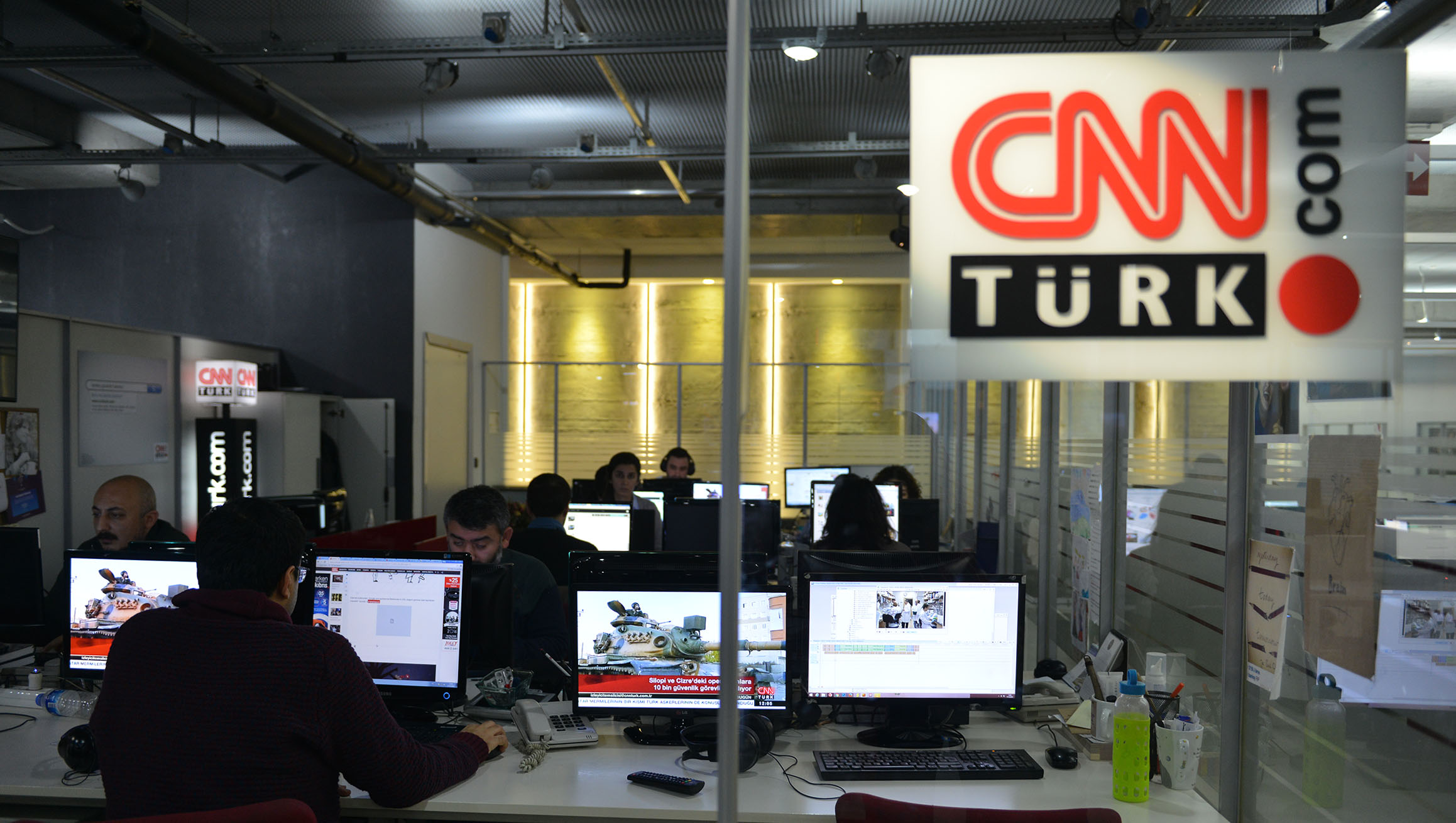 Newsroom – What is it?

Manufacturers, TV channels and system integrators give a variety of meanings to the term “newsroom”. Sometimes it’s a bunch of production suites; sometimes a news studio; or even a modern office for journalists are called newsrooms, and each is correct. Only one thing is certain: a newsroom is where a news program is created. However “newsroom” as a term does not define any part of the actual system or technology being used to create the program.
Many hardware and software manufactures offer “the only” correct solution for news production. No one can guarantee that this specific solution is appropriate for your news production workflow. That is why it is so important for a system to be flexible and scalable to meet your individual requirement.
A live news production system typically includes: planning and scripting; editing and voice-over; graphics and branding; “live” feeds management and teleprompting. The way these components interact is unique for each broadcaster, which usually turns deployment of such a system into a long and complicated process.
Cinegy News package addresses all of these issues. It provides complete and easy-to-deploy news production and playout system without the need to integrate third party elements.

The first electronic systems for news preparation were commissioned by major news agencies decades ago, and were introduced to the major US news channels. At that time, tapes were dominant in TV production and computers were just powerful typewriters. A so-called NRCS (Newsroom Computer System) was just a network of text-editing software, which provided handy tools to work with agency feeds. But even that, when compared to stacks of papers and constant turmoil, was a breakthrough.
With the growth of computer productivity, it became necessary to integrate other devices such as character generators, teleprompters, and video servers, so the MOS protocol was developed to meet those requirements. MOS provides integration and smooth data flow between NRCS, production (NLE, voiceover), playout servers, graphics, and prompting devices. The main idea of MOS was to allow newsroom managers to choose “best of breed” technology from year-to-year without being tied to or limited by proprietary connections.
In fact, every vendor has his own and partial MOS protocol implementation, thus requiring the purchase of MOS-enabling plugins for each instance. Moreover, only the most expensive systems generally have MOS options at all – so only the wealthiest buyers can afford a MOS-based system.
When millions are spent and everything is finally integrated, there is one issue that still cannot be solved within a MOS setup: media transfers between NLE and video playout server take too long, which is a major issue for example with breaking news in HD. Before sending a video on air, one needs to wait until it’s rendered in production, then copied to the video server, and only then can it be played back, usually just as the news bulletin has ended.
Although this issue could be solved by integrating Cinegy products with a MOS-based NRCS, and in spite of the fact that Cinegy has been doing this for a long time and has gained a lot of experience, we recommend our customers go a different way, which is the Cinegy News all-in-one software package. 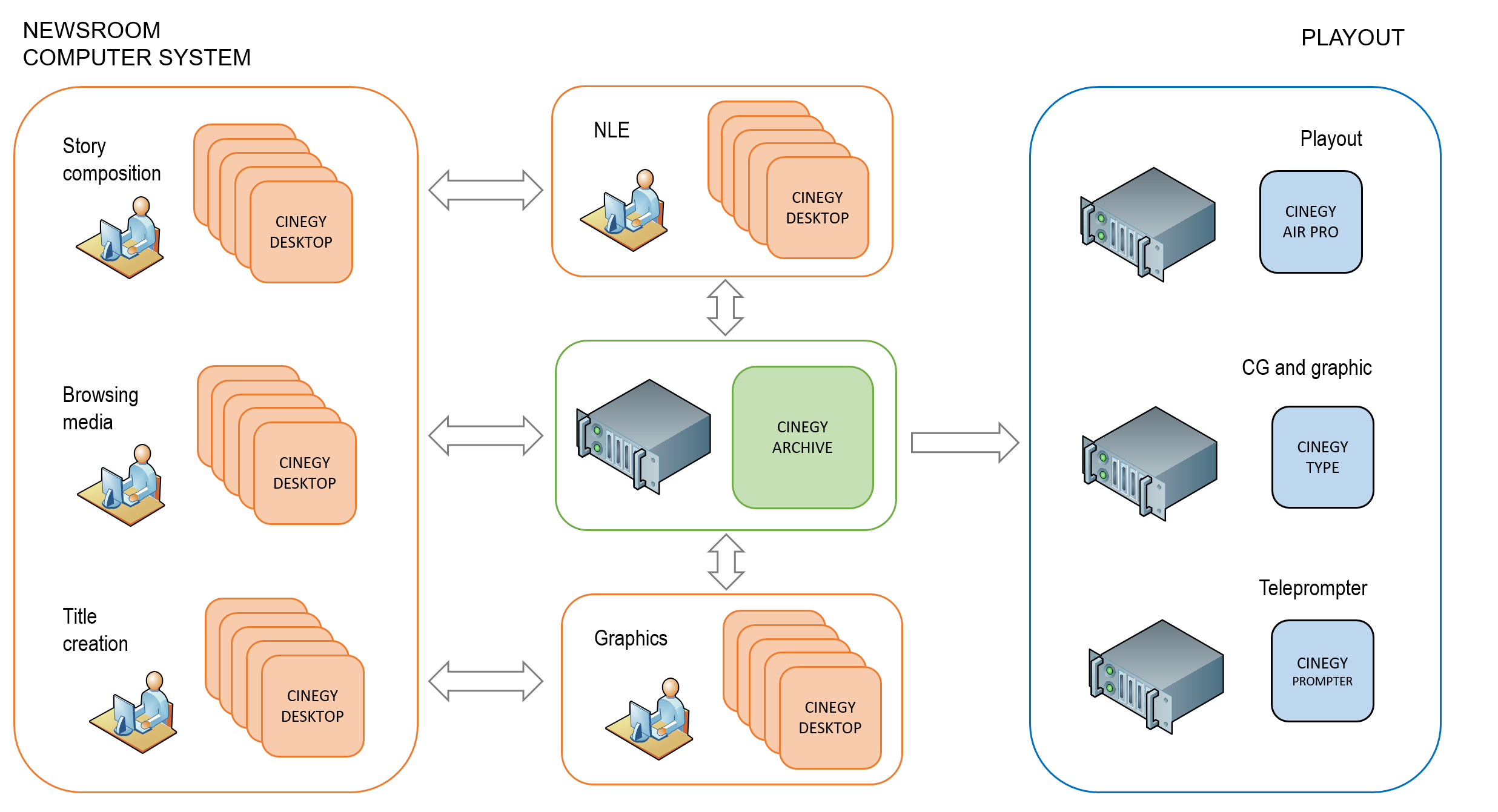